Depending on who you ask, the emergence of emoji might be a sign of a burgeoning new language or else harbinger of a coming linguistic dark age, or maybe just

. Although 40% of Instagram posts now contain emoji; and though Emoji Dick—a crowdfunded, 736-page, $200, line-by-line emoji translation of Melville’s seafaring classic—is and has been a thing for going on 5 years now; and even though Oxford Dictionaries 2015 word of the year, beating out such favorites as lumbersexual and on fleek, was

; despite all this, most linguists agree that emoji simply aren’t used in the way that languages are, and haven’t developed anything like a syntax. As linguist Gretchen McCulloch pointedly tweeted, “anyone who wants to say that emoji are language must make that assertion entirely in emoji.”

And we can probably agree that almost any utterance in emoji is so ambiguous as to be utterly useless as far as reliable communication is concerned. F’rinstance,

But the ambiguity and interpretability endemic to emoji that so hobbles it as a language, these also make the world of emoji fertile ground for some fun and innovative ESOL activities. Below I present some ideas for three such activities, at three different levels from beginners to advanced learners.

You can illuminate your vocabulary sheets (in the medieval sense of the word) at lower levels by defining some words in emoji.

With intermediate students, type up a story for students subbing in emoji for keywords. Have students discuss in class what words they think have been replaced. For example:

, Harold had lots of

Use this exercise to raise grammatical awareness and encourage students to think about synonyms. What kind of guy was Harold? Smart? Nerdy? Can we say Harold was “a nerd guy”? Why not?

Paper telephone is one of my favorite grammar games to play in class with advanced students. Each person takes a sheet of paper and at the top writes a sentence, ideally describing something visual and funny. Then everyone passes their paper to their left.

From your neighbor’s sentence, you are to make a drawing. Then you fold back the top of the paper just enough so that the sentence is no longer visible, and pass left again. Now from the picture, you are to try to reconstruct the original sentence, then fold back the picture, pass again, and so on, for six or seven rounds, or until your original paper is handed back to you.

There is no winning this game, of course; it’s simply hilarious to watch the evolution of your original sentence that comes from interpreting the pictures. This party game becomes a grammar game when you require that students use a particular sentence frame in their writing (sentences must contain in spite of or use the second conditional, or so…that, etc.) Using emoji in either text or email chains, this typically in-class exercise can become a fun homework assignment over the weekend:

Student A: Paolo was so exhausted that he couldn’t go to work on Monday.

Student C: I was so bored that I dreamed about quitting my work.

Student E: I was so tired that I was dreaming of vacation at work.

On Monday, have students forward their chains to you so that you can share and review!

There’s a lot more potential here, especially if you’ve got a projector available that can connect to your mobile device. Hopefully these ideas are just a start and help you to generate some more of your own!

**On the plural of emoji: __ says that borrowings from Japanese tend to take an -s in the plural, as in tsunamis. 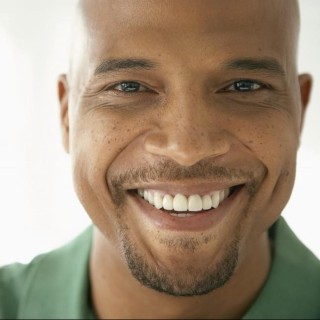 "Give me six hours to chop down a tree and I will spend the first four sharpening the axe." That's my fav Abraham Lincoln quote. I love planning for life and dreaming before taking action!